Your cart is empty

Workshops, events and opportunities for those interested in creating and sharing performance work.

For the over 6 years, the Centre for Solo Performance has been facilitating unique performance workshops and events for individuals interested in exploring their creativity through the making and sharing performance work.

Our podcast series, The Minutes, is a celebration of short monologues, spoken-word, music, poetry, critique and any other audio performances which are 60 seconds or less.
Our new

We believe in creating an environment open to all levels of experience and abilities where the experienced performer can discover new skills, and the novice can build confidence. 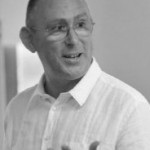 Luke Dixon is a performance maker, writer, teacher and academic, internationally known for his innovative productions of Shakespeare, his site-specific performances, his teaching of actors and his research into performance. His productions for theatre nomad, of which he was Artistic Director for 20 years, have been seen in China, North America, South Africa, Germany, France, Poland, Russia, Czech and Slovak Republics, Spain and the UK. Luke has a doctorate in ‘The Performance of Gender’.
His book, ‘Play-Acting’, a guide to theatre workshops, is published by Methuen in the UK and by Routledge in the US.
www.lukedixon.co.uk 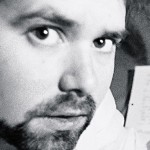 Sean Bruno has a wide range of experience in making, both solo and collaborative, performance work in various contemporary and traditional styles; including dance, spoken word, multimedia and site specific. He has worked in various writing, performance and dramaturgical capacities with performance companies as The National Theatre of Ireland, Theatre Nomad, The International Workshop Festival, Lo Commotion Dance, Teatro Vivo and Sweden’s The Harbour Project.

Janice Perry has been described as “a cross between Doris Day and a high velocity rifle” (London), a “Masterpiece”, (Cologne) and “Bizarre and Brainy” (New York). And she’s funny.
Perry has toured Europe, England and the United States since 1982. She is a Fulbright Scholar (2004-2005) and has been a Fulbright Senior Specialist in Performance since 2001.
She works in the kabarett tradition, seeking out both the highest and the lowest cross-cultural common denominators, asking audiences to think while they laugh. Satirical, theatrical, critical and comedic analyses of global social, political and personal affairs – from ancient Greece to contemporary America – are couched in text, costume and physical theater.
Janice encourages students to transform personal experience into creative work to address wider social concerns. Her performance workshops and creative writing seminars are tailored to each academic or cultural institution, with goals and themes targeted to enrich students’ understanding of themselves and their role in the larger social fabric. Perry’s techniques develop and strengthen individual voice, encourage creative risk-taking and increase public speaking skills.